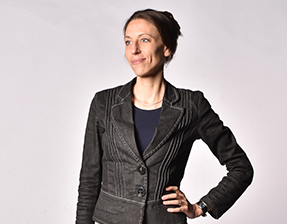 Rolien Hoyng is Assistant Professor in the School of Journalism and Communication at the Chinese University of Hong Kong. She is the director of the M.A. programme in Global Communication. Her research focuses primarily on digital infrastructure and culture, especially in her two adopted homes, Istanbul and Hong Kong. 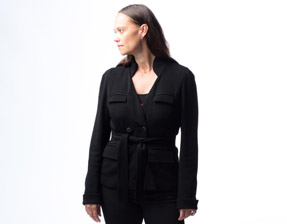 Saskia Witteborn is an Associate Professor at the School of Journalism and Communication of the Chinese University of Hong Kong. Saskia specializes in transnational migration and communication. Specifically, she is interested in the intersections between embodied and virtual communicative practice and transnational mobility. She has written on advocacy practices of migrants and the intersections between new technology and transnational political advocacy. New technologies and forced migration is another important strand of Saskia’s research. She has worked with forced migrants over the past 10 years in the U.S., Germany, and Hong Kong and is interested in how virtual practice enables forced migrants to connect globally.

Saskia’s work has appeared in leading international journals and edited volumes. Saskia was Chair of the Communication as Social Construction Division at the National Communication Association (USA), is a member of several editorial boards, including the Chinese Journal of Communication as well as Research Associate of the University of Washington Center for Local Strategy Research.

In her spare time, Saskia likes exploring the mountains of Hong Kong, eating her way through the fabulous restaurants of the city, and finding new ideas to enjoy long-distance flights. Suggestions are welcome. 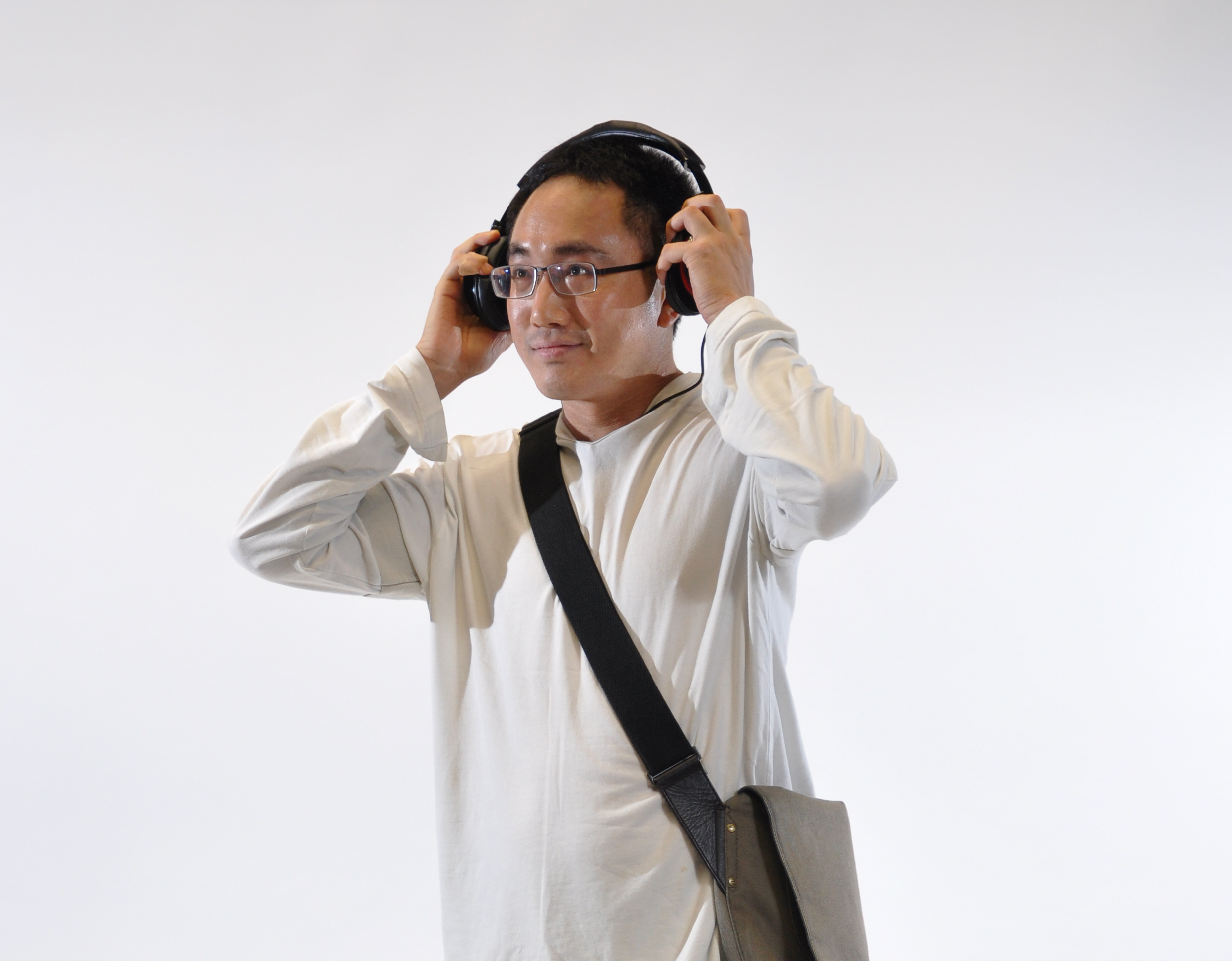 A geek and an activist, Lokman Tsui is an Assistant Professor at the School of Journalism and Communication of the Chinese University of Hong Kong (CUHK) where he researches free expression and internet policy. Before Lokman returned to academia, he was Google’s Head of Free Expression in Asia and the Pacific. Lokman was formerly a Faculty Associate and a Research Fellow with the Berkman Center for Internet & Society at Harvard University. He received his Ph.D degree from the Annenberg School for Communication at the University of Pennsylvania, where his award winning dissertation is a critical interrogation of how new technologies challenge us to rethink journalism. Born and raised in the Netherlands, Lokman managed the unofficial website for filmmaker Wong Kar Wai for many years (1996-2007). Violeta Camarasa is a communication consultant with ten years of professional experience both in Europe and in Hong Kong. She focuses on the power of social media to connect us accross cultures, as well as in the challenges and risks of the rise of digital social networks. 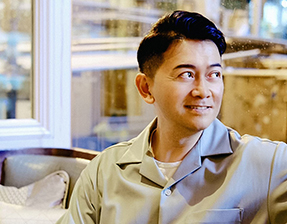 John Nguyet Erni is Chair Professor in Humanities and Department Head of Humanities & Creative Writing at Hong Kong Baptist University, after having served as Chair of the Department of Cultural Studies at Lingnan University in Hong Kong (in 2010-13). He has published widely on critical public health, Chinese consumption of transnational culture, sexuality in media culture, youth popular consumption in Hong Kong and Asia, and human rights criticism. His books include Understanding South Asian Minorities in Hong Kong (with Lisa Leung, HKUP, 2014), Cultural Studies of Rights: Critical Articulations (Routledge, 2011), Internationalizing Cultural Studies: An Anthology (with Ackbar Abbas, Blackwell, 2005), Asian Media Studies: The Politics of Subjectivities (with Siew Keng Chua, Blackwell, 2005), and Unstable Frontiers: Technomedicine and the Cultural Politics of “Curing” AIDS (Minnesota, 1994). Currently, he is completing a book project on the legal modernity of rights (forthcoming; Ashgate UK). He thinks theory happens to be a creative source for everyday life. OiWan Lam is Northeast Asia regional editor of globalvoicesonline.org, a media platform for aggregating grassroots and citizen news from all over the world. She is also a founding member of inmediahk.net, one of the earliest Chinese participatory news platform in Hong Kong. Her rich experience in new media and advocacy work connects her to a global network of pioneers who carry out experimental projects on the use of new media that transforms the practice of journalism and the public sphere. In addition to her practical experience, she has engaged in several action research projects to theorize the transformative force of new media on citizenship, public sphere, gender relation, journalism and political process. Don’t be surprise to see her face in local protests concerning free speech and expression. 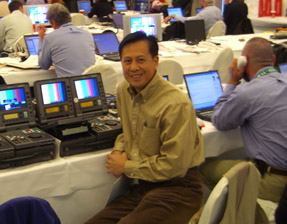 Eddy Li joined ABC News Hong Kong in 1971. Before his retirement in October 2009, Mr. Li was Senior Video Editor Asia. Mr. Li traveled extensively, often witnessing history in the making. From Baghdad to Havana, from Kabul to Ulan Bator, Mr. Li and his teammates belonged to a few hard-core journalists who decided what the audience should see with the use of the latest means of technology, bringing first-hand materials on a 24-hour basis to a global audience.

Mr. Li was once stationed in Tokyo from 1991 to 2000. He shared with his teammates the honor of winning the following awards in outstanding television news coverage and documentary categories: Three Emmy Awards (1983, 1986 and 2003), one Alfred DuPont-Columbia University Award (1997) and a first prize of the Overseas Press Club Award (2008). 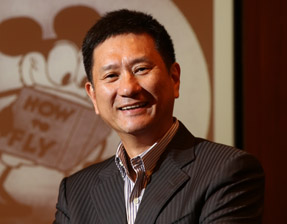 Trained as a journalist, BC worked for a number of established Hong Kong print media organizations including the Ming Pao and Sing Tao dailies before joining Ogilvy Public Relations in 1983 as consultant.

He joined Coca-Cola China in 1985 as its first Chinese Public Affairs professional tasked with developing the China market. He subsequently took up a senior public affairs position in The Coca-Cola Company and was appointed Vice President, External Affairs for Greater China in 1993.

Setting up his own company in 2001, he advised a number of high profile organizations on public relations with China. He assisted the Hong Kong Jockey Club in their successful bid to stage the equestrian events of the 2008 Olympics in Hong Kong. In 2006, he joined Hong Kong Disneyland as Vice President for Public Affairs for eight years and has successfully positioned the resort as one of Asia’s leading tourist destinations.